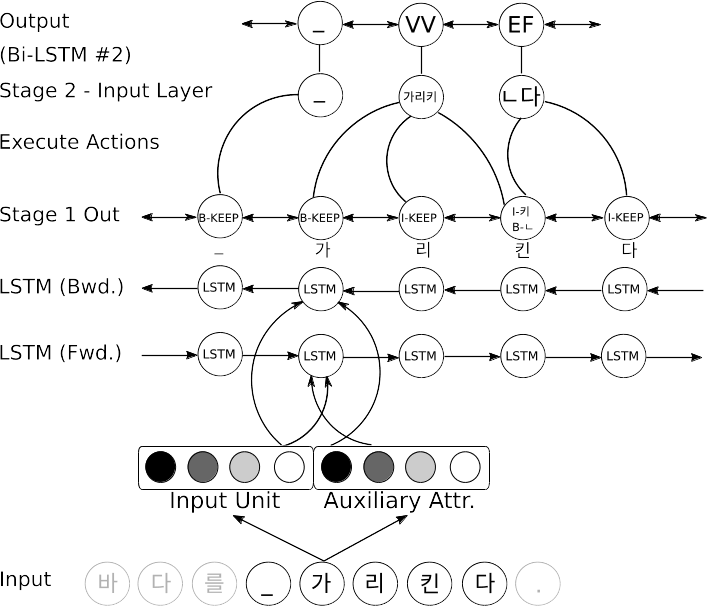 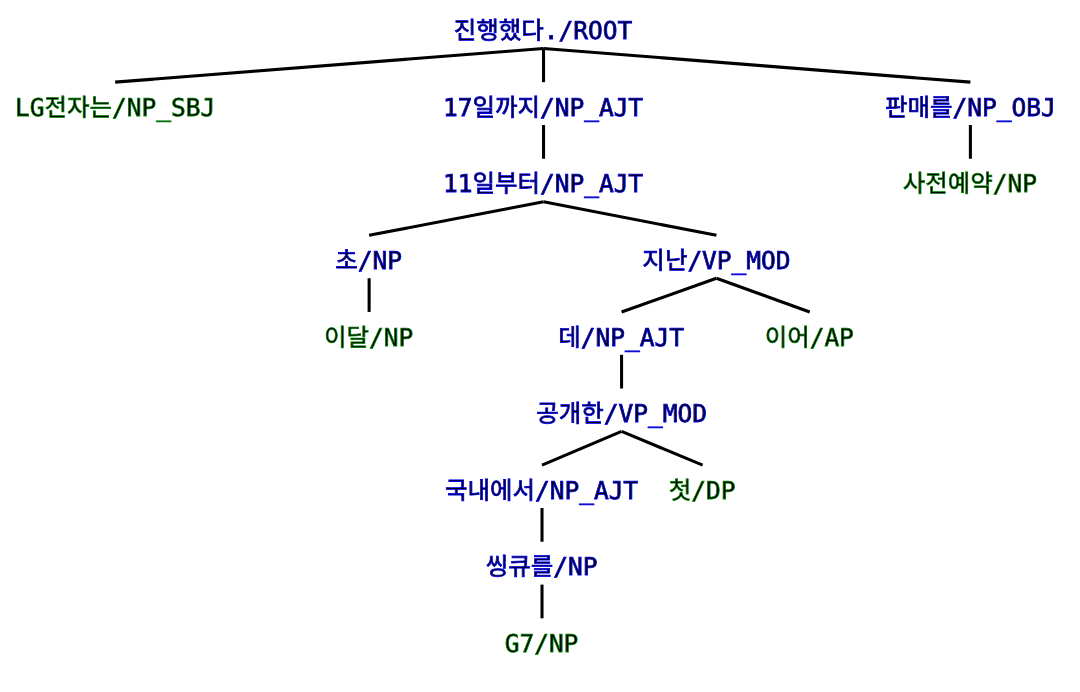 {"dots":"true","arrows":"true","effect":"slide"}
Neural Dependency Parser (Korean)
This is a Korean neural-network based dependency parser trained using Google SyntaxNet. This demo uses Komoran 3 for morphological analysis and POS tagging, which is used as an input to SyntaxNet which performs dependency parsing. Dependency parsing determines dependencies among words in a sentence, which can pave the way for sentiment analysis and could also be used to improve machine translation. The generated SyntaxNet file is then passed through a tree visualization tool and output in SVG format.
Learn More